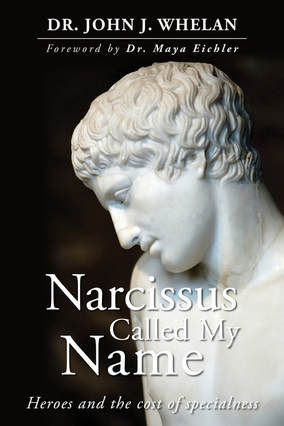 Another insufferably hot day on foot patrol. It was Dave’s turn to take point, leading the six-man section through a crowded market square. Christ, it seemed like every Hodgie was out this morning, he thought. Slow and alert, his comms chirping in his ear in the background—the sounds were irritating and comforting at the same time. “Gun!” Dave had caught sight of a handgun through the maze of people. It was held by a boy probably no more than seven or eight years old. Weapon up. He had already taken the slack out of the trigger, but he hesitated.

Dave blinked and looked back knowing he would have to take the shot to protect the guys. This time, no weapon.

“Sitrep!  Sitrep!” The calls were insistent in his ear. “All clear. Proceed.”

Dave could not understand what had just happened. Did he endanger everybody by hesitating, or had he just imagined this and nearly killed a child? Chances were that the boy had been set up by someone in the crowd to create a big incident to turn people against the Canadians. It was messing with his head; it was all fucked up. This whole place is fucked up, he thought.

“How could you be that stupid? I can’t see how you are my son.” Two nights after the market patrol, Dave bolted up from his cot, remembering a long-ago comment from his father. Putting up with his father’s anger over minor things had been nothing new for the fifteen-year-old. But that time was different. That time his father had embarrassed him in front of his friends for not closing the cabin door on the family boat. Explanations or excuses of any kind were always ignored, so he simply stopped talking to his father. He hated him and could not wait to get out of there.

​On his next birthday, despite his old man’s comments about the military, Dave was in the cadets. A year after that he was a reserve force infanteer, and his request for transfer to the regular force was quickly accepted. He was surprised at how easy military life seemed; it was as if he had been made to be a soldier. He loved the challenges and the adrenaline rush, the weapons, and he excelled in the field. Recognition from his NCOs and respect from younger guys gave him a type of confidence that he had never known. He was a soldier, a man, and he needed nothing from anybody.

But this would all come crashing down here in Afghanistan. After that day, it took everything he had to keep his anger in check. He was losing his mental grip and finally went to see the medical people. He was given one day off, but it only got worse. He was packed up and sent home to Canada. It was over; just like that he was a failure once again.

***
Military personnel and first responders of all types take on responsibilities for society that most people either won’t or can’t. We are required to prove ourselves worthy of these special roles—to be the ones who run toward danger and chaos when others run away, and we commit to put our lives on the line for our brothers and sisters in uniform and for strangers alike. During our time in uniform, we are repeatedly reminded that we are special, despite the day-to-day realities that can sap our souls. We deal with inconsistent, conflicting, and even arbitrary rules, great leaders or self-interested ones, and we continually cycle between full-on panic situations and bone-crushing boredom. We really have to find ways to ignore all this other stuff to keep putting our best efforts forward and avoid being worn down. Many strive to be the star performers —at or near the top of training courses, receiving early promotions, being the go-to person, and being respected by subordinates and superiors....